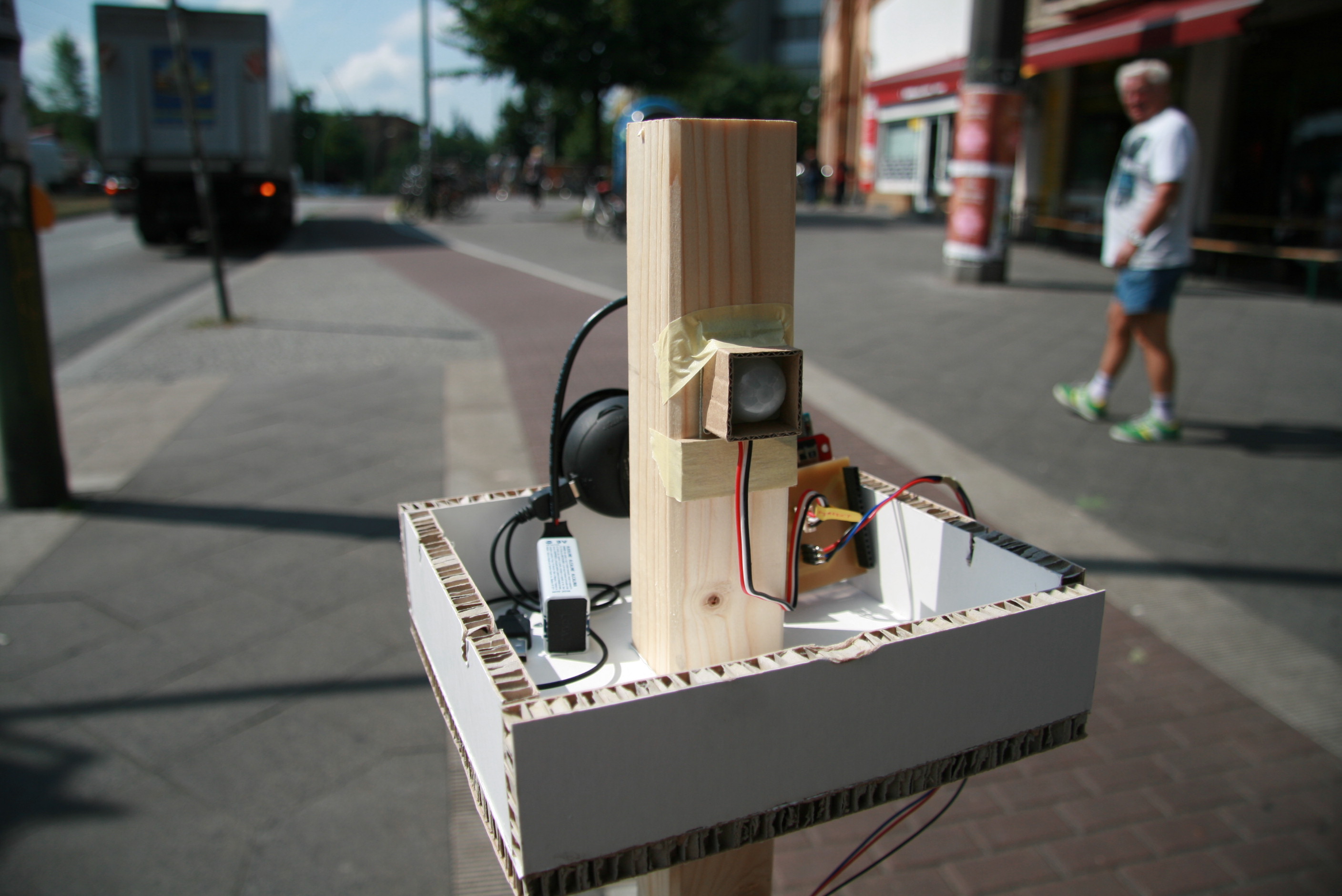 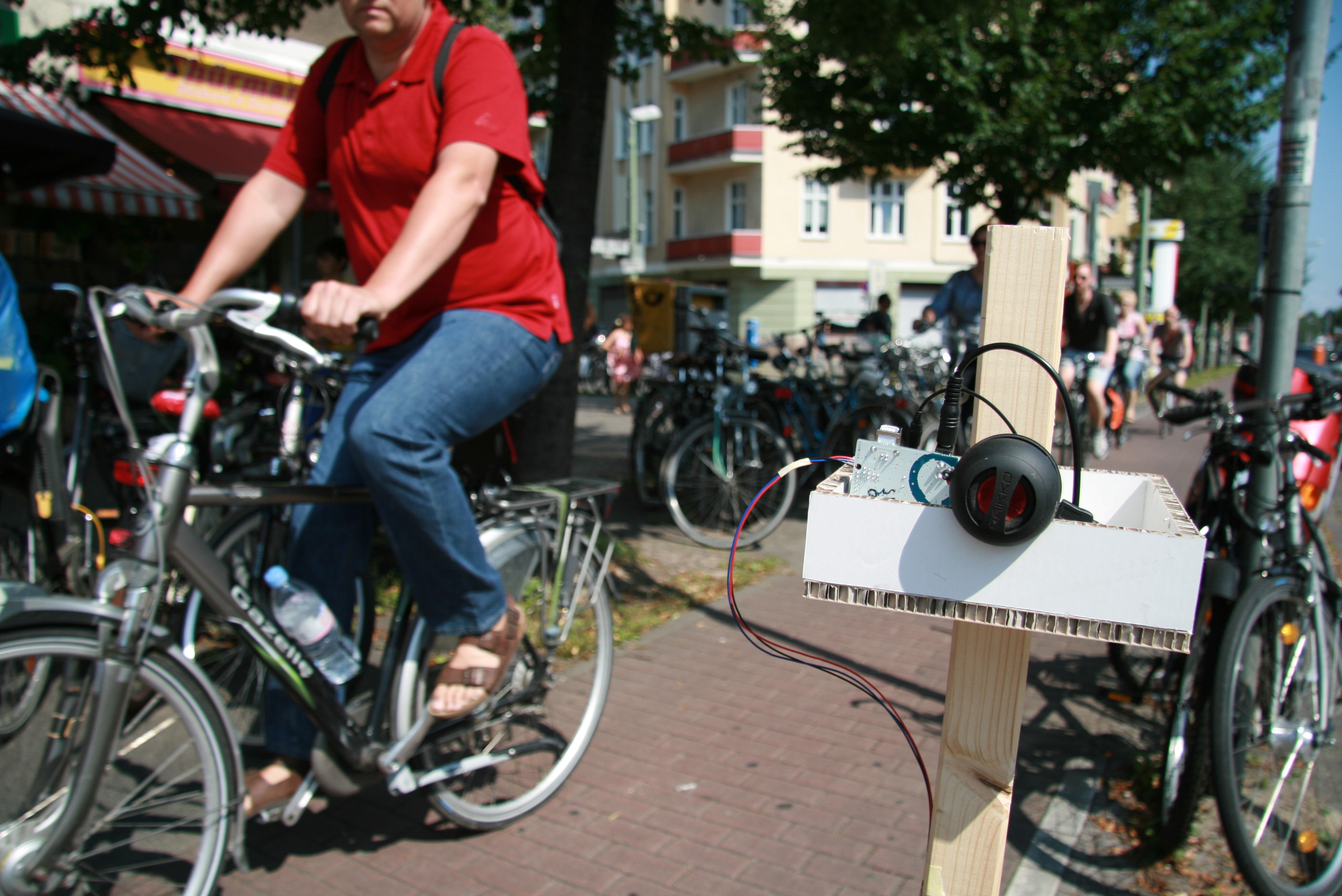 My Quik’N'Dirty prototype is finished. I boiled down the core functions to one prototype with adjustable heights and widths for testing. I applied my electronic setup. Here are some first impressions from setting it up in the workshop:

This morning I took the prototype to my exemplary case scenario S Prenzlauer Allee. Here are some impressions of that:

Both pedestrians and cyclist were detected quite reliably. Some minor difficulties with detecting could be solved with changing the models position and sensor hole sizes. The sounds need to be slightly louder, when there was heavy traffic some were overheard too easily. Another postive insight was that from the cafés nearby (about 7 m away from The Pole) the sounds were barely noticable, which was good.

POSITION: I had to place the Pole about 2 m further from the pedestrians (=further down the cycling path) than planned, in order to detect the bikes in time.

HEIGHT: I tried different heights for the two sensors. Ca. 30 cm for pedestrians is high enough detect reliably and low enough to also register children and dogs. 115 cm for bikes makes sure all bikes are detected and is high enough to overlook bins, parked bikes and other obstacles.

HOLES: The new PIRs are less sensitive then the former ones, so the seethrough holes in the pole need to be fairly big.  For the pedestrians a 20 mm hole worked well, I am also going to try even bigger ones. For the bikes, especially when quick, a 13 mm diameter worked best.

Another nice side note was that I got some postive feedback from various pedestrians.

NEXT: I will now fine tune hard- and software according to my test findings and integrate my internals into a new prototype. This will not only serve as a fully functional but also a visual prototype. Then I will get back to S Prenzlauer Allee and test that new model.