We built a 7×7 LED matrix that can be controlled by Charlieplexing, a form of multiplexing. 49 LEDs can be adressed seperately while only using ten pins.

Our initial idea was to use the matrix to play animations, kind of like a low-resolution display. We also thaught about ways to translate an input of a user into animations. We decided to focus on the ouput for now. 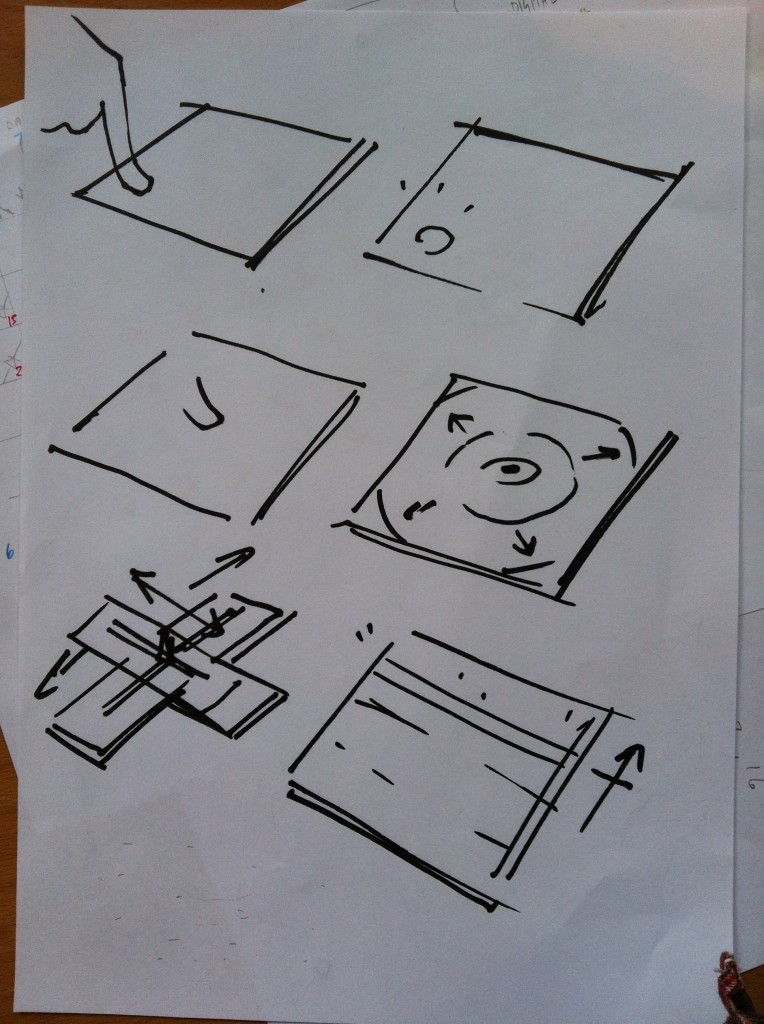 As a canvas we used a plastic board with parallel copper tape stripes. We added a layer of thin film to isolate and then applied a second layer of parallel copper tape in a 90° degrees angle. We then started to connect each LED to the first layer with one leg and to the second with the other. 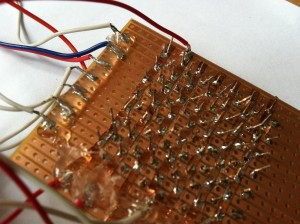 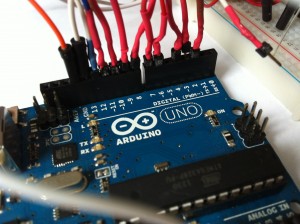 We named every each lane and LED to be able to put the code together. Coding the animations is very easy if only one LED turns on at a time. For multiple ones at once, it takes some more time.

Getting the hardware right took up two thirds of the time. If you also want to build an LED grid I recommend to: -Think everything through properly first

It took us ages to do bug fixes

In the future it would be interesting to play with input sources.