As it turned out re – exchanging those buttons for PIRs was a lot more complicated then expexted.

When I simply plugged in the sensors, they didn’t work properly. After a lot of testing I figured, that at least two of the eLab’s three PIRs appeared to be broken. I ordered new ones from Tinkersoup, plus a 9V battery an adapter cable, to be able to run the setup independetly from my computer.

In the meantime I had a little PCB milled, to make the curcuit easier to handle for testing. I designed it to work as a shield, that can be stacked on top of the two other boards (Arduino Uno and MP3 Player Shield). 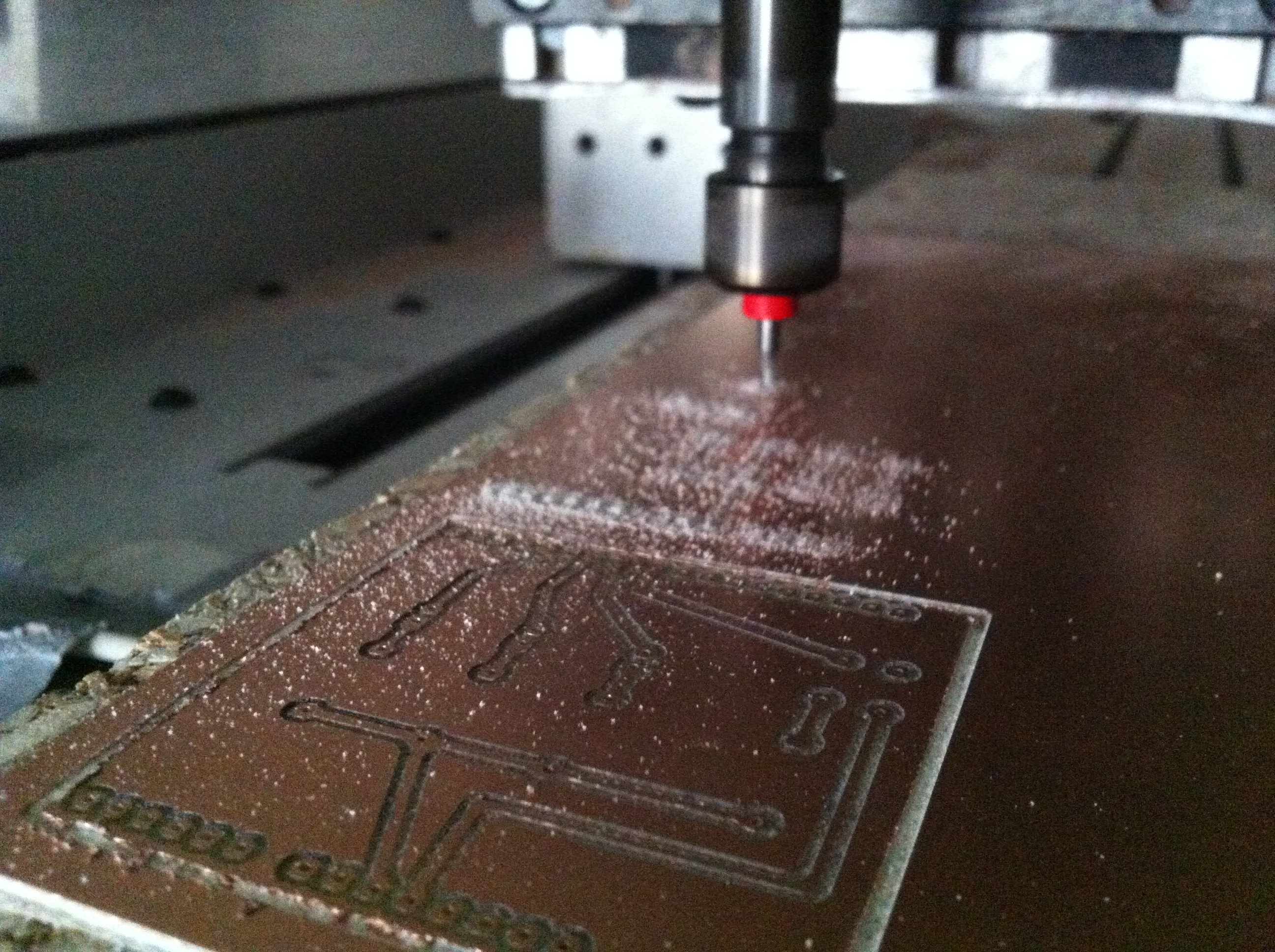 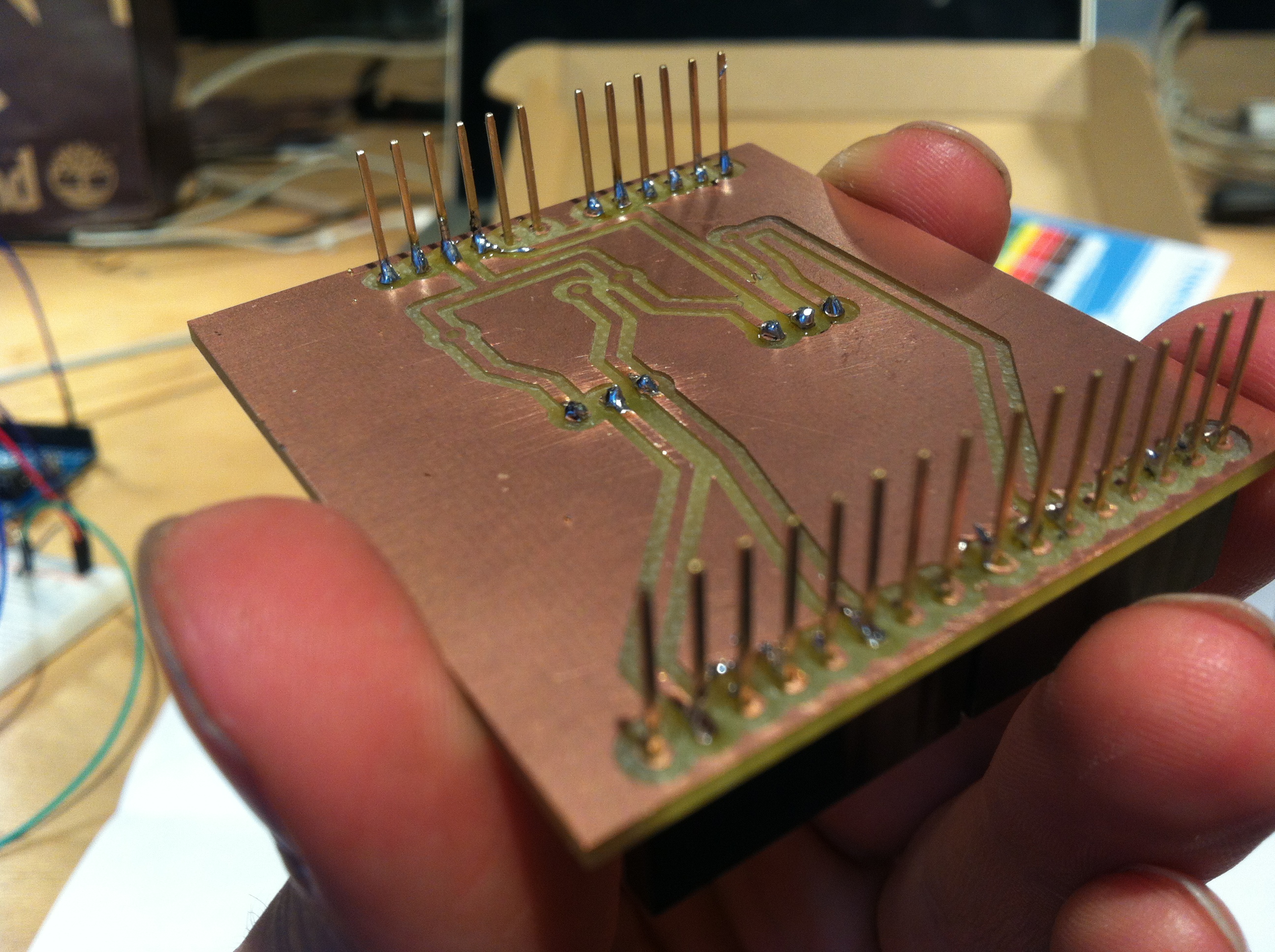 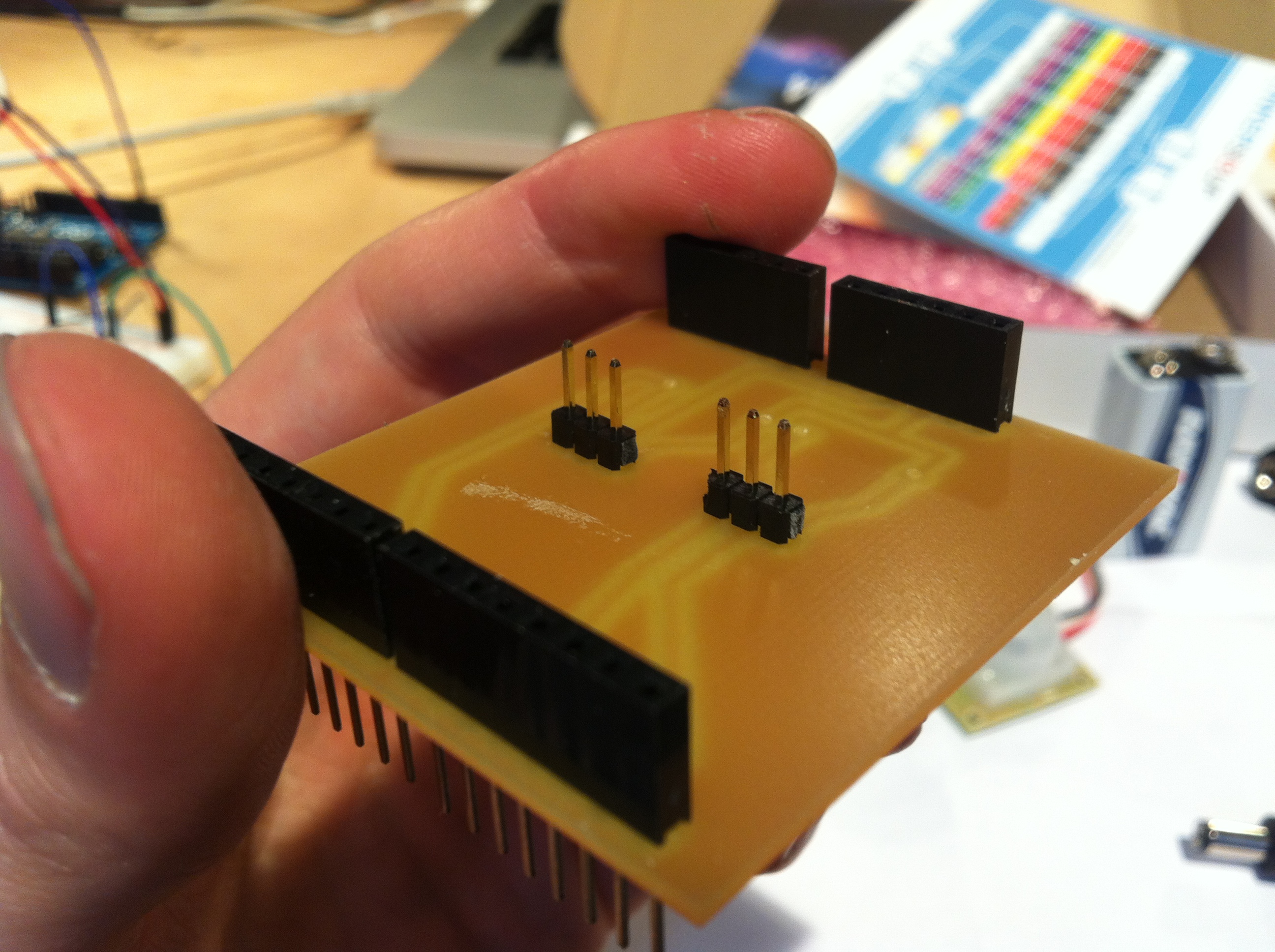 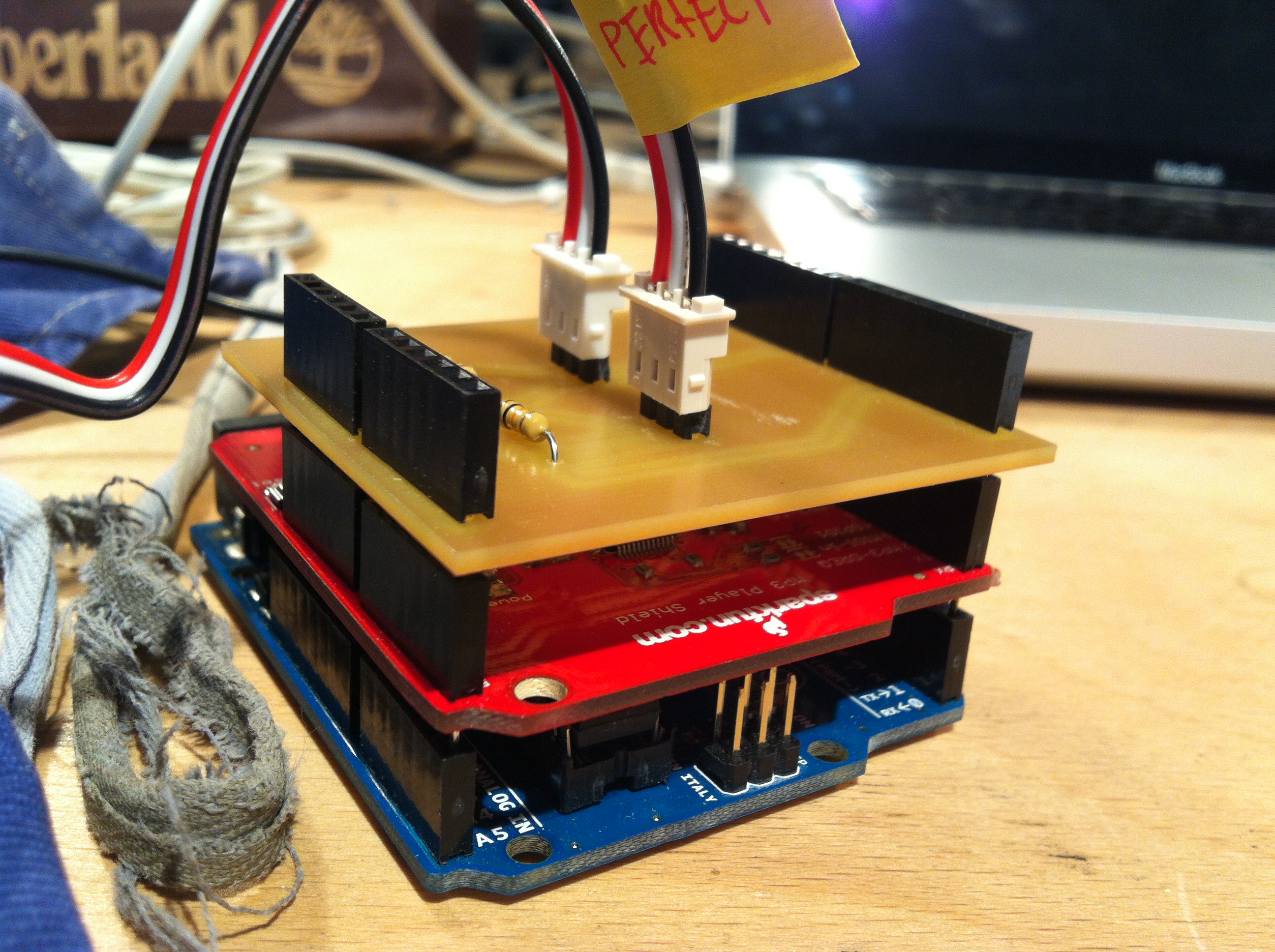 I also started to build a Quik’N'Dirty Prototype in 1:1 scale, to be able to test the functions in real scenarios and fine tune setup. 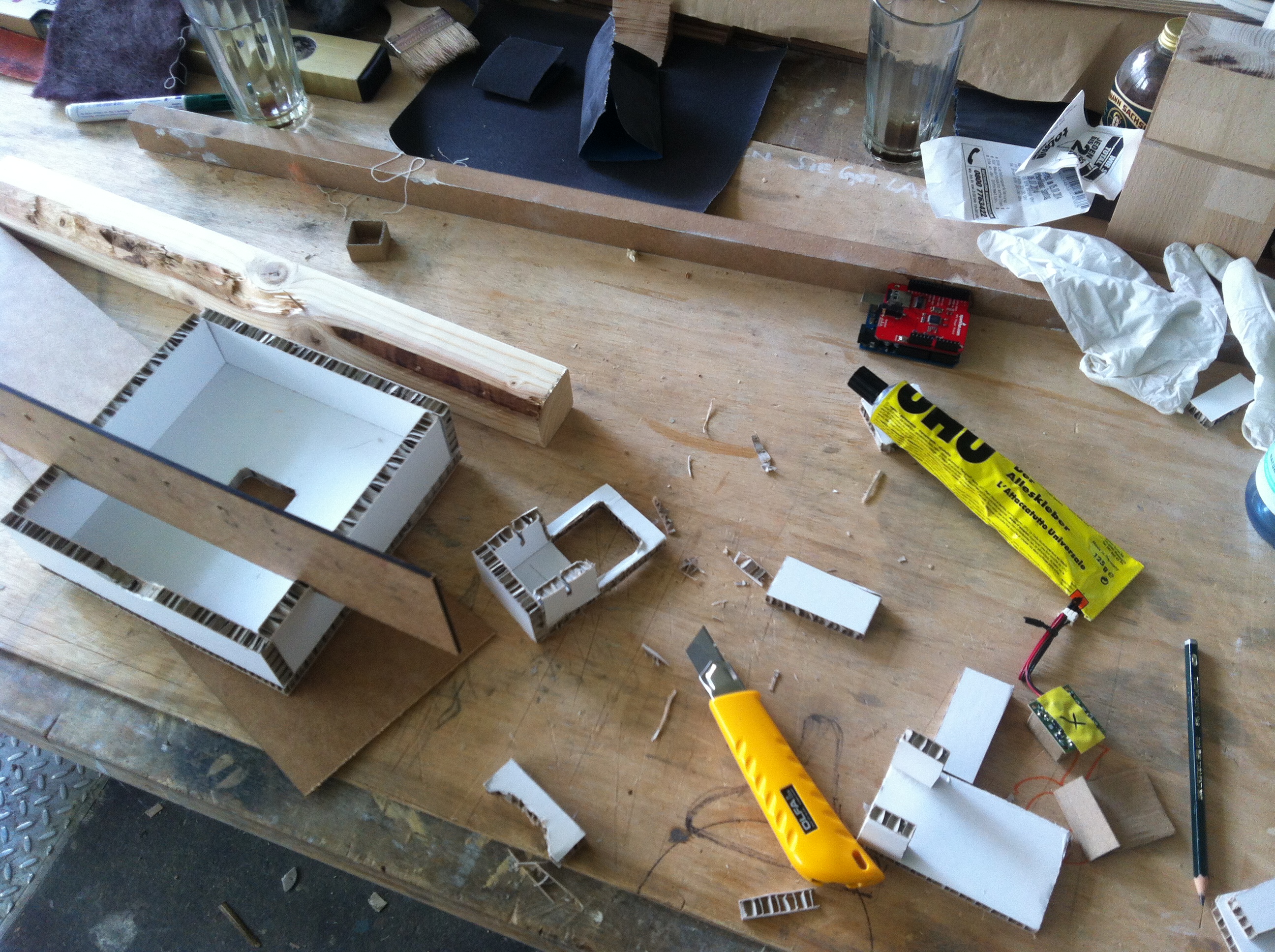 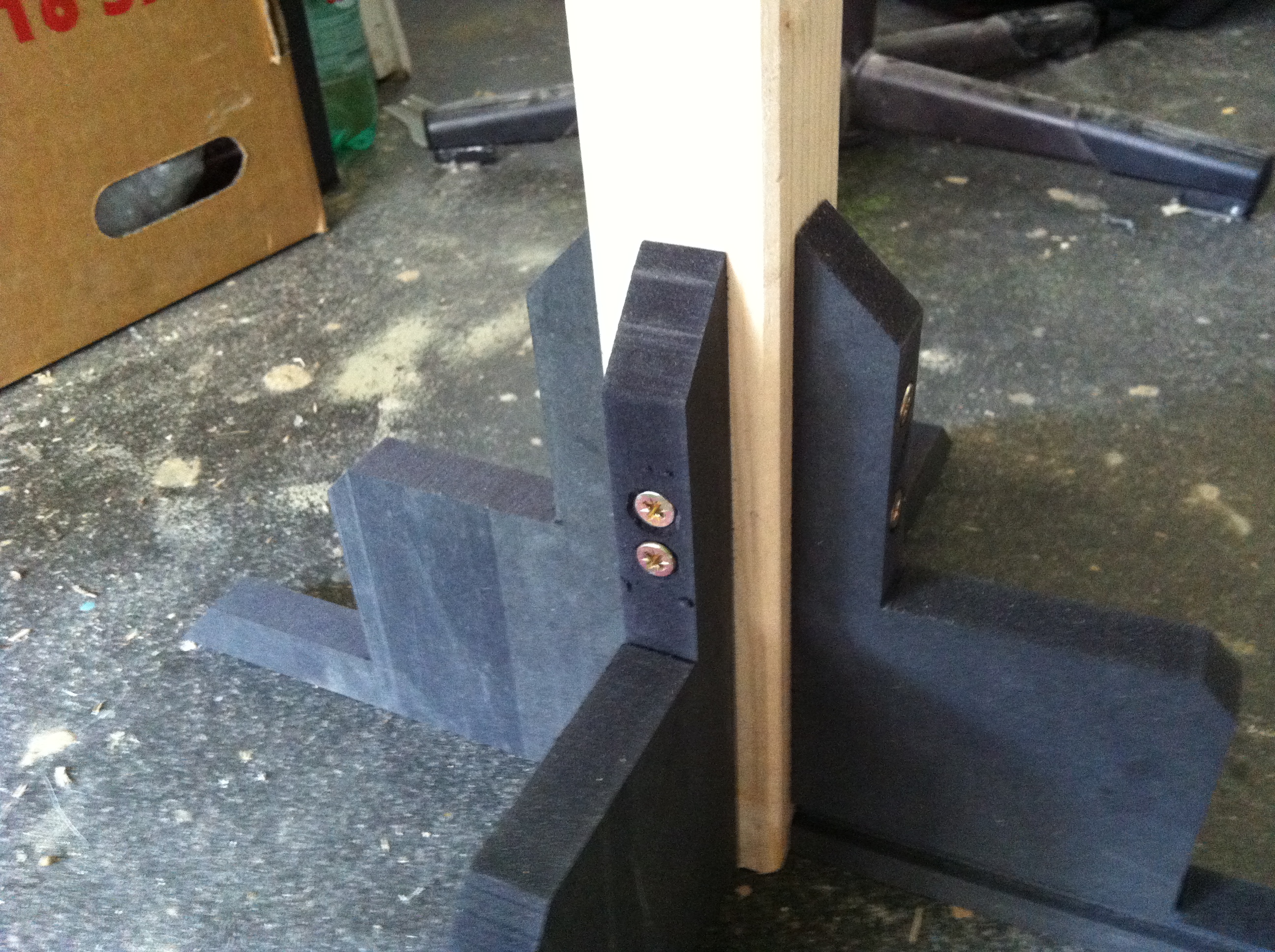 The new components were delivered on Wednesda) and were actually working perfectly, when tested on their own. Getting back to the complete and final setup though,  again (of course) it DID NOT detect properly on both sensors. After again heaps of testing, and help from Mika it turned out, that actually one pin on the MP3 Player shield seemed to malfunction. When switching D10 for an A0 (which can be used as D14) FINALLY everything worked. 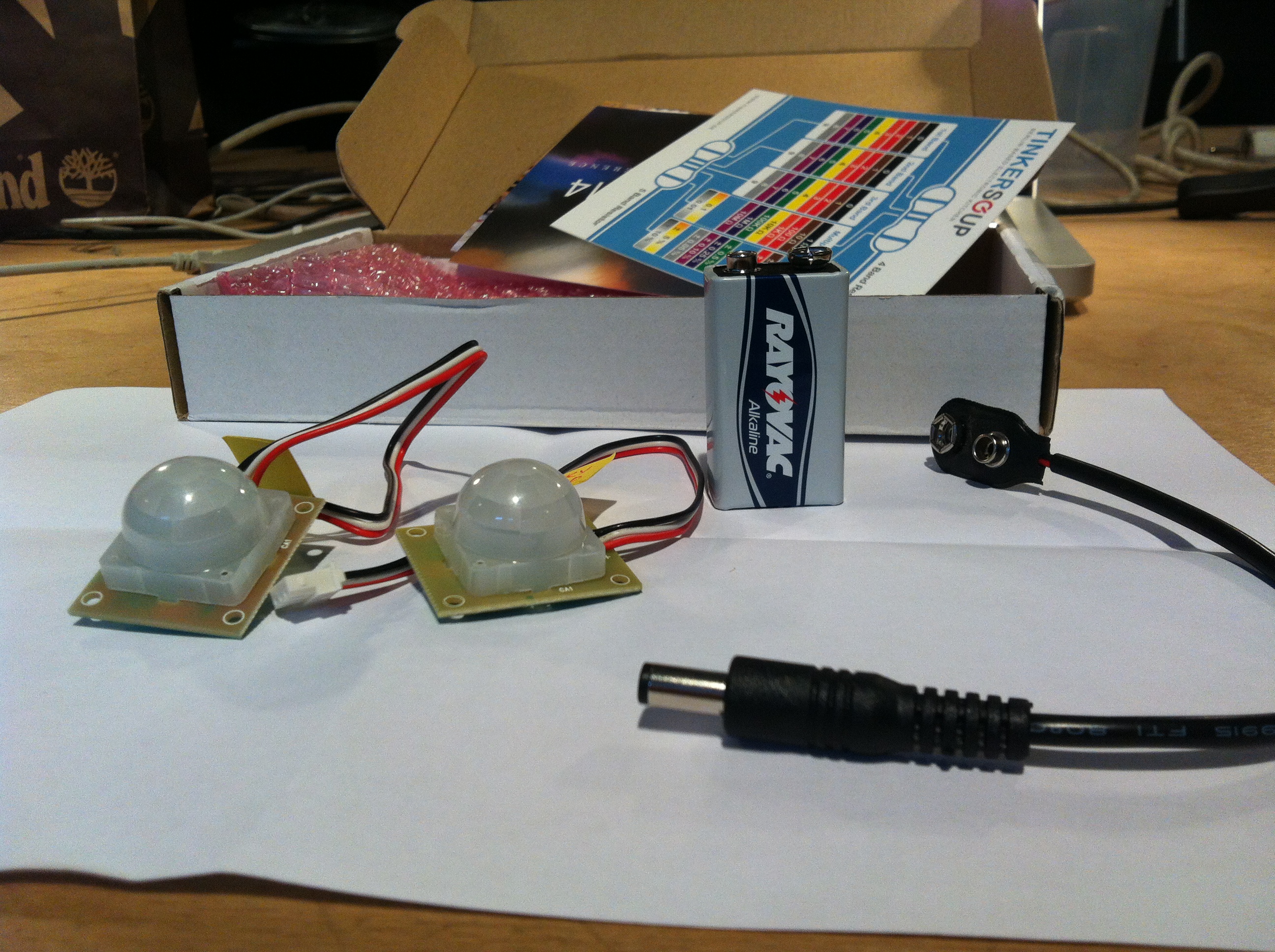 1. Sound is triggered, when detected simultaniously:

2. Sound is triggered, when cyclist is detected within four seconds after a pedestrian has been detected:

NOW: Let’s do some user testing!