In week 4 of the course I came up with the concept of “Thumb Wars. The idea is that while playing Thumb Wrestling, each player puts on one glove first. This smart glove has conductives sowed into it, so that certain postitions of the two hands close a circuit, the same way a button works. This causes a certain digital pin to detect HIGH, which then again triggers an ouput. 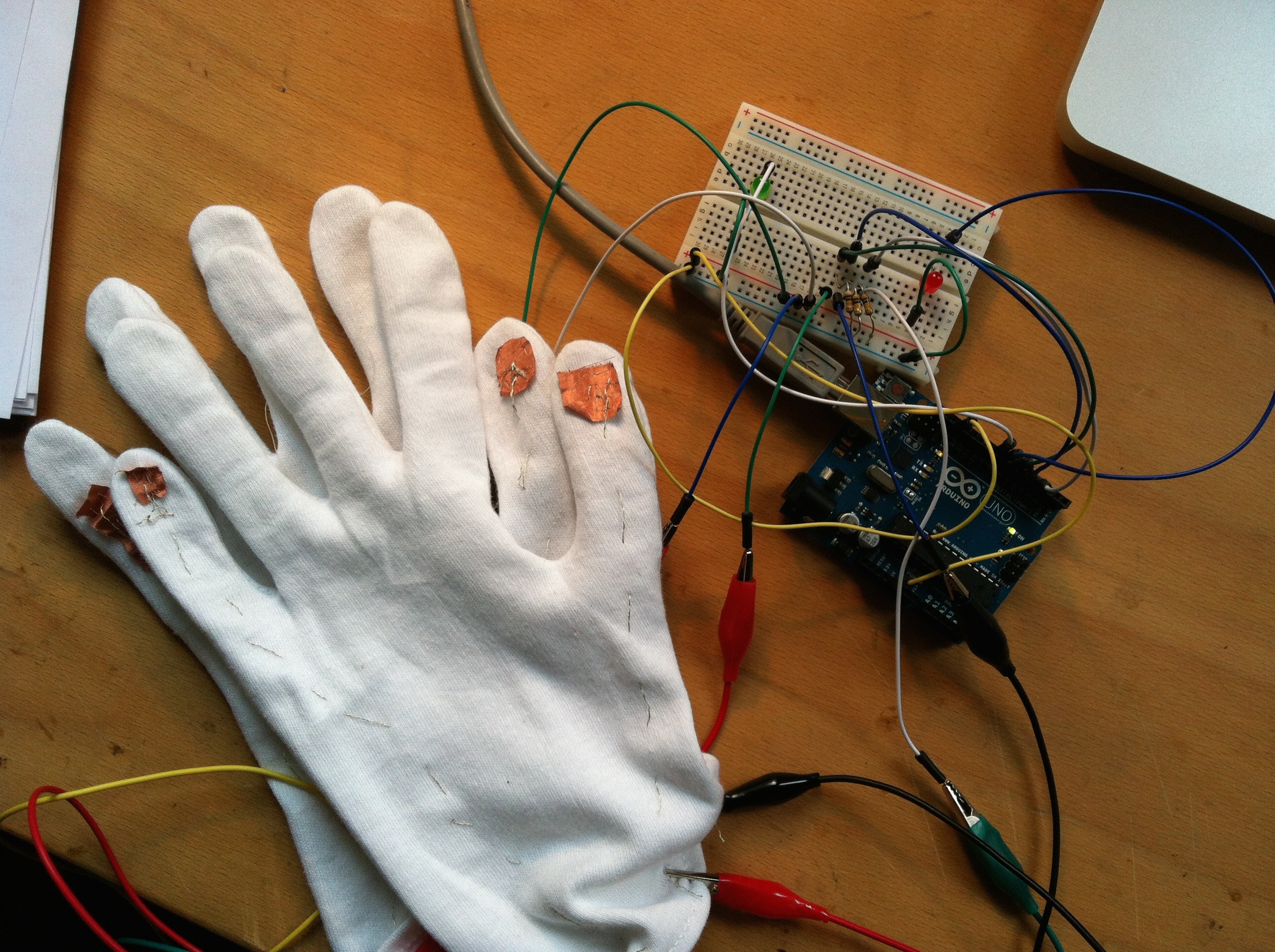 I built a prototype with LED outputs, one for each player. They behave in different ways according to the situation:
When the hands touch initially, there’s a starting sequence – both LEDs are flashing on and off quickly for a few swconds, then a 3 to 0 countdown starts. After that, when a player manages to hold do down the other player’s thumb a countdown of his or her LED is initialised. When the player manages to free herself from the other’s grip, before the end of the countdoen, it is cancelled and reset. If a player holds the other down for 5 seconds successfully there’s a winnig sequence of his LED quickly flashing on and off multiple times. 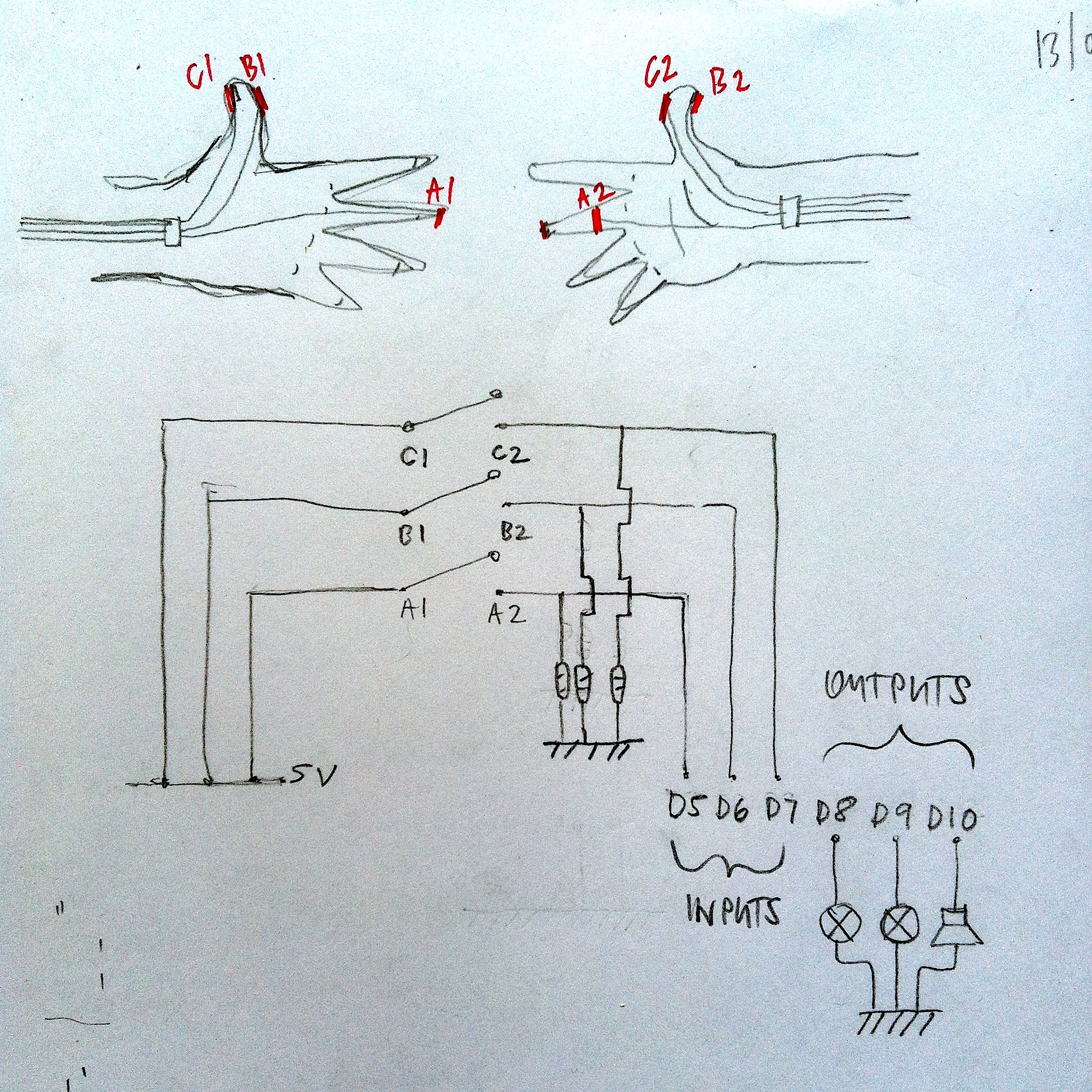 If I would develop this concept further I would integrate a sound output, and maybe a 7 segment display showing the score as well. It would also be interesting to deal with the actual design in more detail: What kind of glove would make most sense, how are the conductives integrated into the material, and where are the outputs installed? On the gloves themselves, or is there  some kind of external “stage” or display?

Afterwards I learned, that a fairly similar project called “Thumb Fu” already existed – although they have a different approach to the idea. Anyways, a cool project, you can check it out here.