My motivation was a one-word-poem which I always wanted to materialize as an interactive installation.

The romantic idea is that when you approach a person who has recently been deprived of her commitment towards another person, she immediately demonstrates an introvertive gesture closing her veil in front of her face. This is the movement I would like to mimique.

~
The components of the installation are:
-a window and
-a curtain in front of it. I imagined them somehow like that: 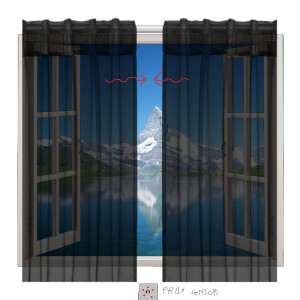 The first challenge was to figure out how to register the distance of the viewer.

I needed to recycle or use low budget material. I wanted to come up with a simple solution to replace pre-made material on a DIY way.

*The original idea was to build a proximate sensor. I used five high-power infra Red emitter and one receiver diode with the following code:

The code seemed to work pretty well! It responded very fast – however, the detected area was not too broad…
It did not seem to sense any longer than 25cm.
DEAD END!

*I had to think about alternative solutions. There were several possibilites: motion sensor, photocell,
pressure sensor…

After some research, I found out that a motion sensor works pretty well in a narrow, high-distance range. To achieve such a result, one has to place a tube in front of the detective-area, in order to narrow down the horizon of the sensor. Since it detects only the changes, the distance of the tube placed in front of it does not activate it.
That discovery seemed to be very promising – until Mika gave me an even more promising hint: to simply build a pressure sensor, placed on the floor… so that when someone steps on it, it detects. After experimenting with different materials, it came out that the best is to have one layer of aluminium foil, another of velostat, and again,
aluminium foil. The two layers of aluminium are connected to ground and A0. The resistance between them – thanks for the antistatic foil – lowens when pressed. I put a layer of thin foam, in order to protect the fragile aluminium foil.

At first the sign was very noisy, but after smoothing, it turned out to be quite reliable.
NOW IT WORKS.

The second and third challenge was to move the curtain in front of the window. 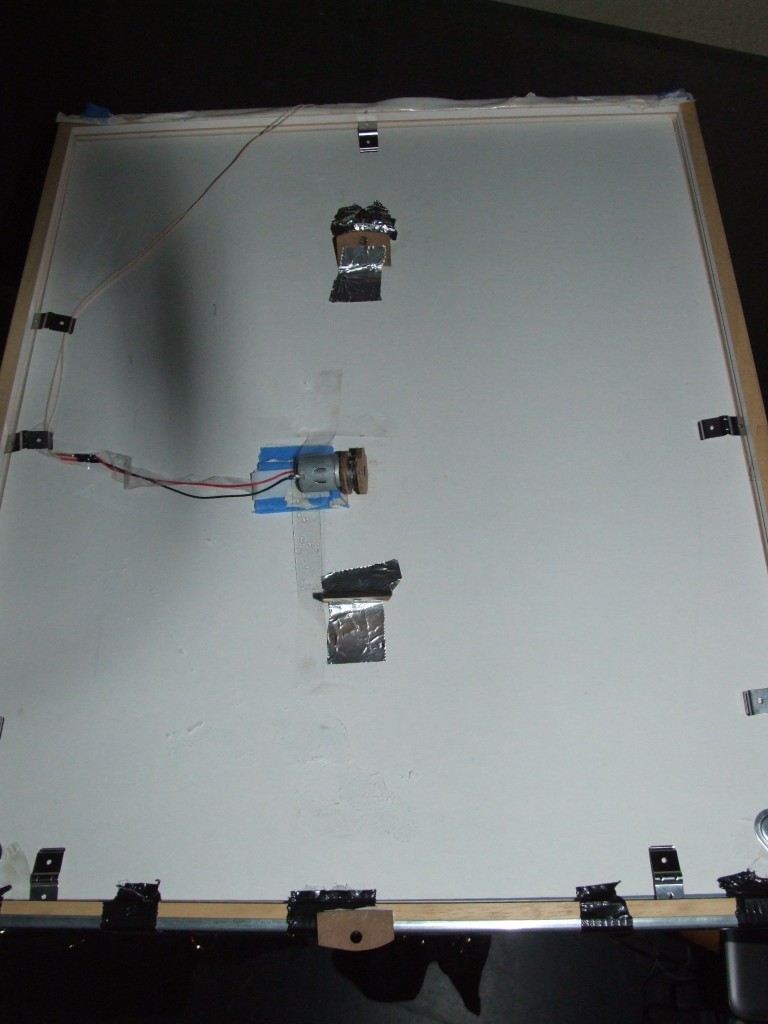 Let’s see how the gears are working (schematically).

2. getting back to normal position 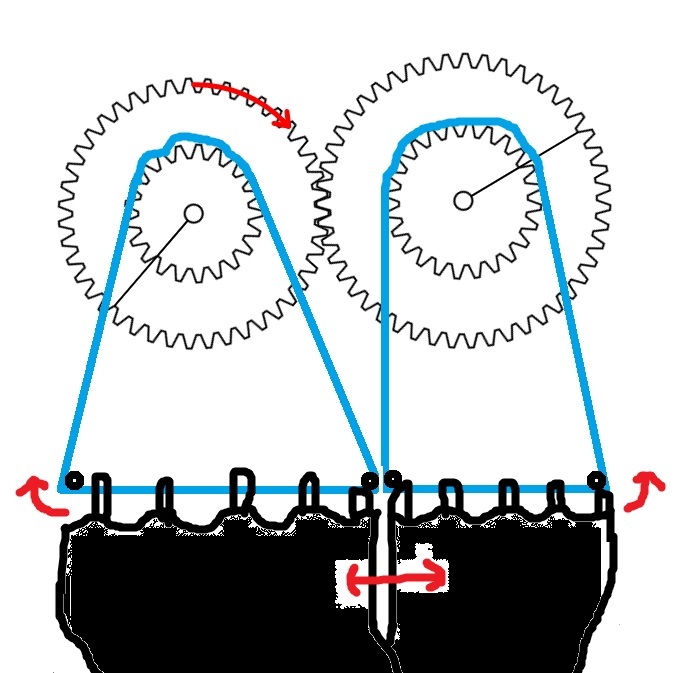 At first I tried to power a DC motor from Arduino through H-bridge. The plan was to connect the two ends of the curtain in a circle, and put the motor in the middle. It did not work. The elliptic form causes a varying tension between the two ends, which makes the circle loose, thus the gears immediately throw the thread off. When I connected the four ends of the threads, one motor was too week to spin it all.

Because of the elliptic form of the track – it has taken a very long while to figure out a system that could move the curtain. In fact, until
now, it functions only theoretically. Finally – in order to go around the varying tension, I installed two motors turning in two opposite directions, so they can keep the two ends tense, while spinning synchronized. I cut the connections between the four threads. The motors are already mounted, but the threads, after assembly have too much friction, so they
brake too easily. As the next and last step, I need to figure out how to wire those. SO…
Still UNDER CONSTRUCTION 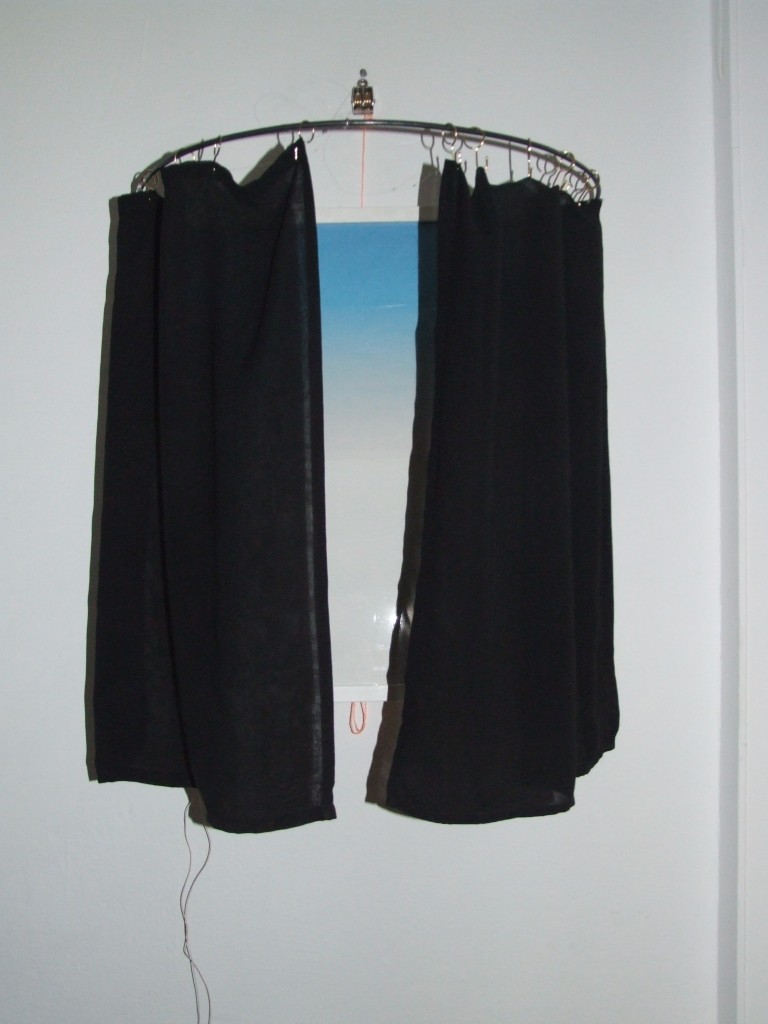