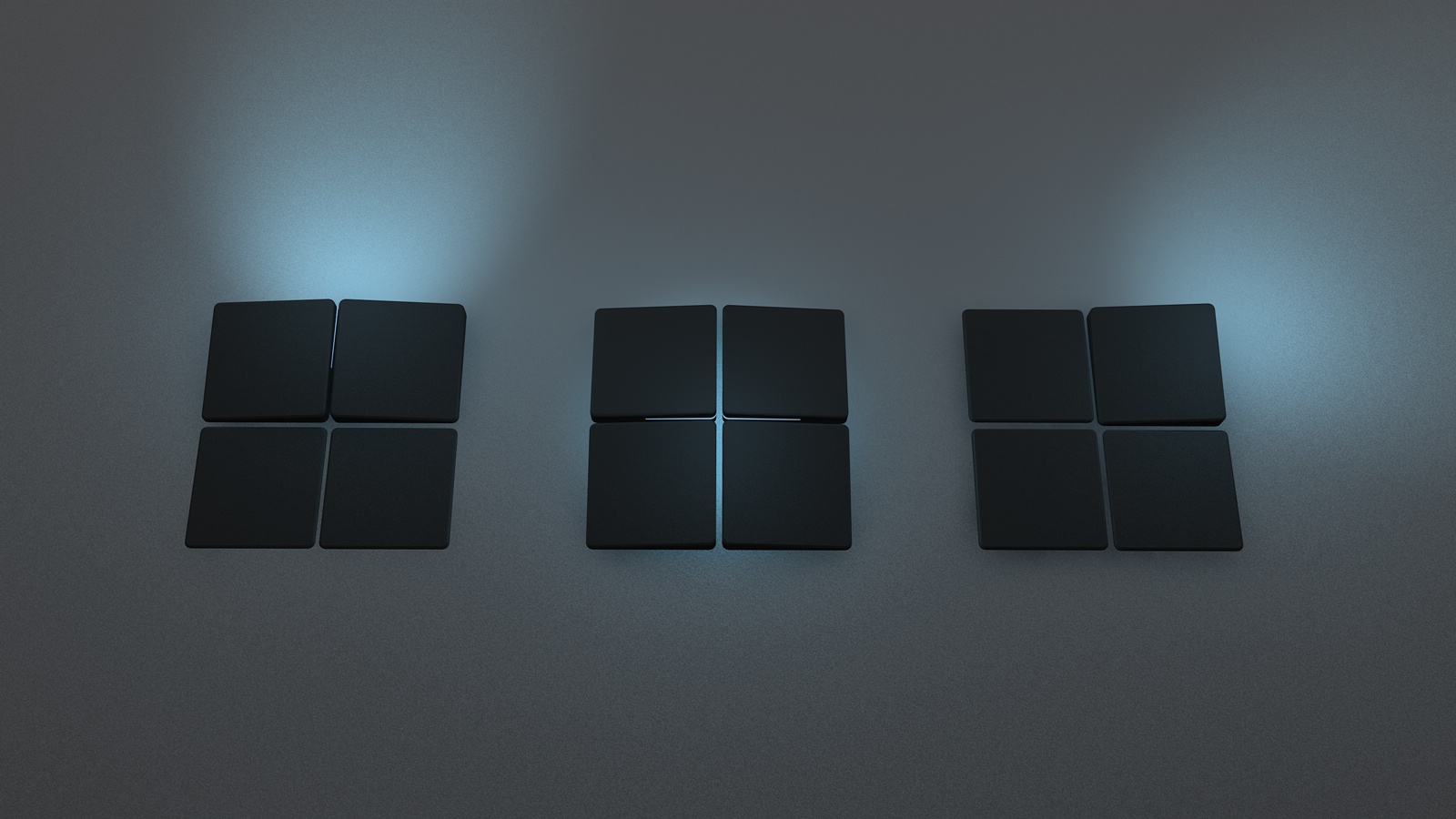 Thinking about the responsive surface of the object and its function, base on my own perspective I think the function should work more directly connected with the surface materials.

Recall the concept of “Kit of the no parts” that point out why all Consumer Electronics should be covered with a “shell”. However, I call this “Shell” surface. The surface of a product that made out of any materials in reason and contains the semantic. The semantic instructs the users that how to use the product, also to protect and maintain the function of the inside mechanism and also prevent users hurt from electricity.
Nowadays with new material technology, such as e-textile, smart material that are interactive and responsive which provide the users unexpected and changeable feedback. Furthermore we expect to integrate the interaction into our daily behaviour and immerse our motion into the object. But the exist application so far seems still restricted in the limited scale. Therefore I attempt to rethink the communication between the users and the objects, and the relationship between the materials, surfaces and the usabilities.

I attempt to embed the SMA into a soft membrane panel or tactile material and to create a behaviour with the motion of lifting something up and getting bright.

Simple square geometry with four bendable corners, the users can puzzle these panels into any shape which would also reach the users’ needs.  So the user can decide the bright point to control the lighting direction for different using situations. 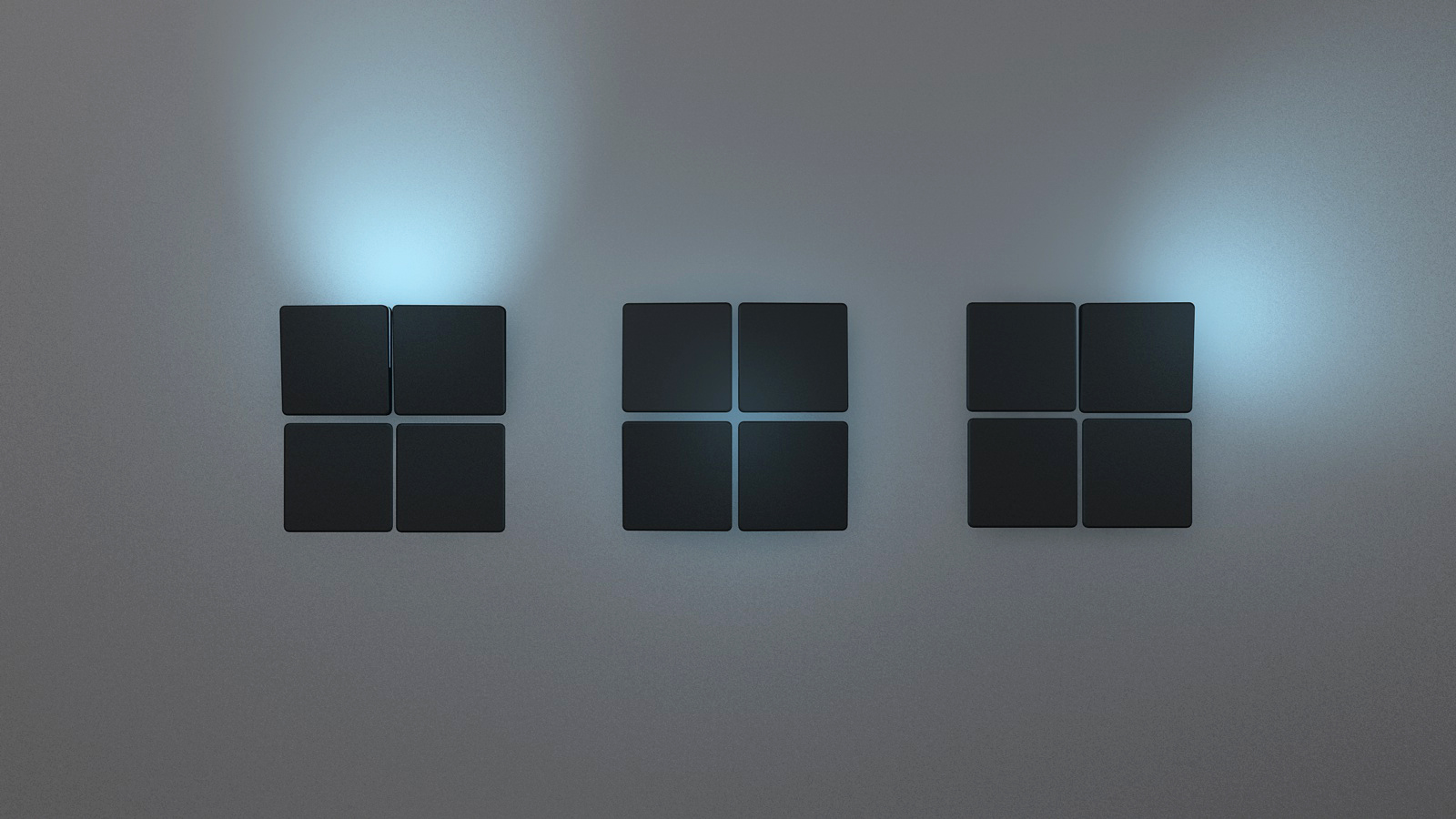 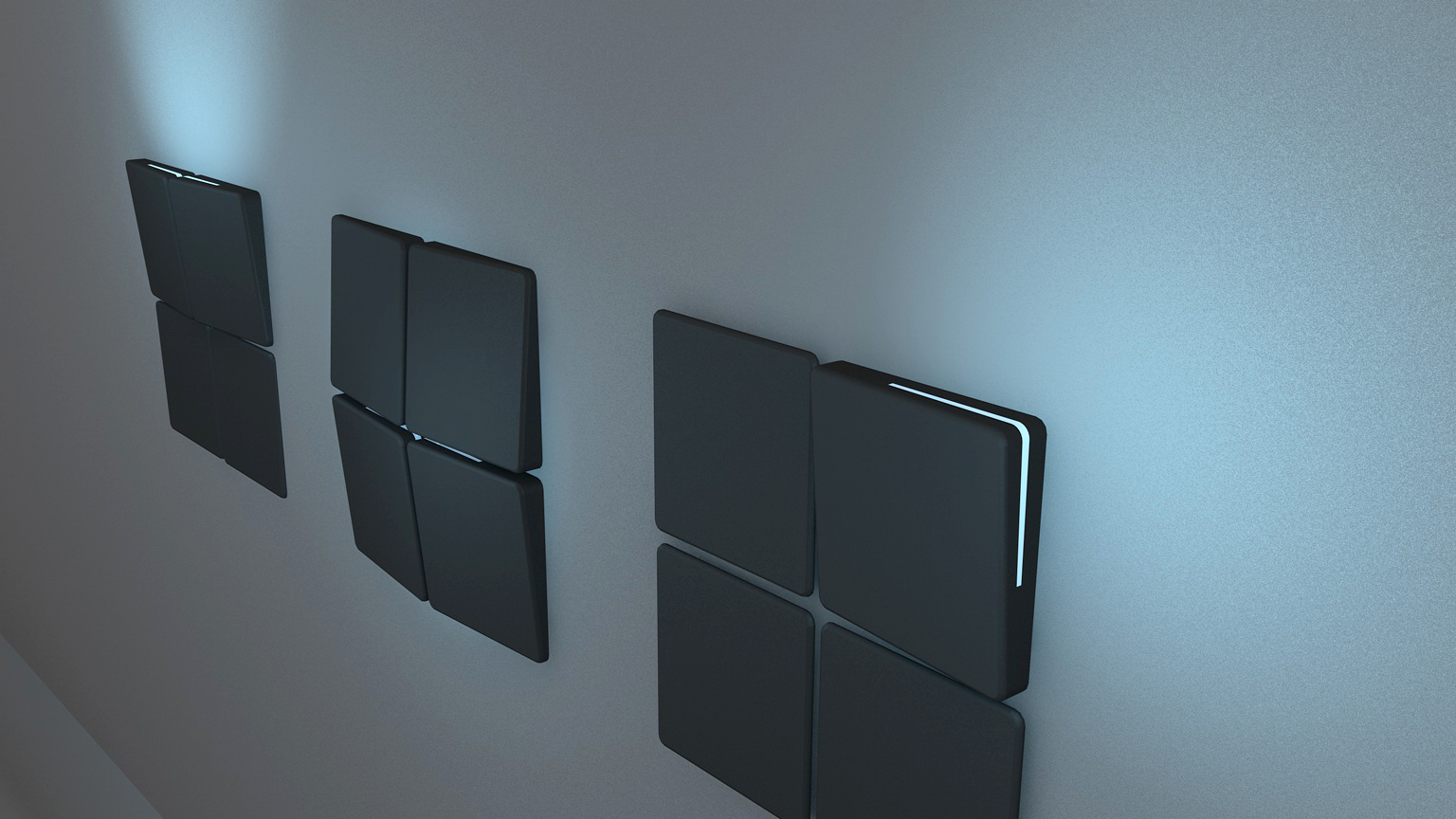 This system is flexible and functional. Users can mix the functional panels and solid panels to create the patterns and breathing surface. 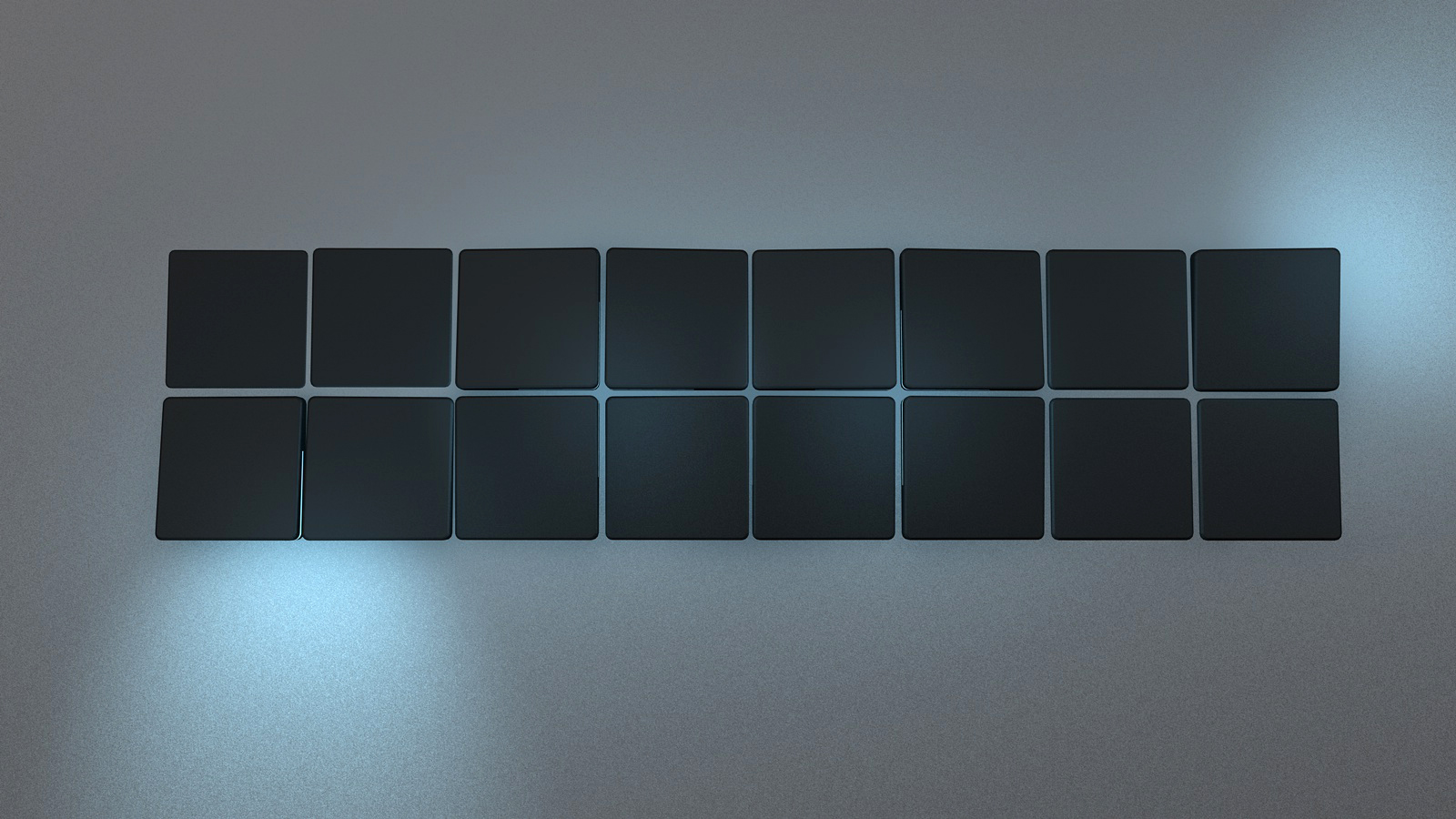 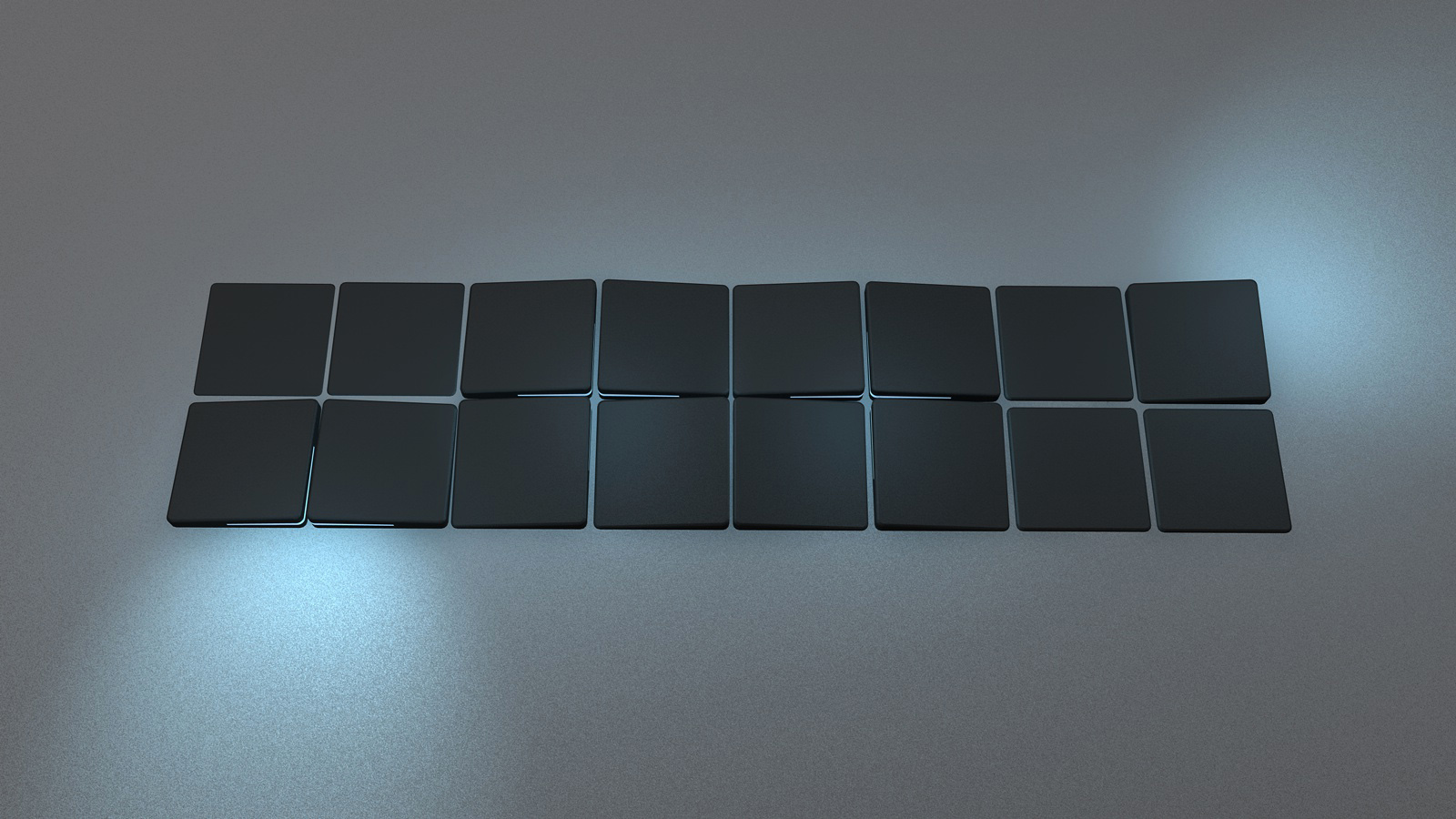 I would also design an interface to operate. I am thinking to make a switch with soft pot or tactile button, the operator interface will design into relative shape with the lighting panel which is intuitive finger gesture match the panel’s motion and moving direction. Or also could use the photocell to directly induce the approaching hands right at the expected bright point. But still have to test the circuit to control the SMA first and decide which way is better.