Learn how it works inside

After disassembling the bike light, I got couple units : batteries, a simple circuit board with a micro controller on, a push button and LEDs. I draw down the circuit diagram to figure out how the whole electronic system works.

First I attempt to get rid of the original button, soldering and extending the circuit with wires.  Connect and disconnect the wires creating the open and closed circuit which works as the push button operating the micro controller.

With the programmed micro controller and extended wires, it shows four different sequences of lighting : light on, quick blink, slow blink, and light off.

Basically I want to maintain the function of different lighting sequences which had been programmed in the micro controller and design a new switch.  So I tried to think about the possibility and usability of switching lights when riding a bike.

In addition, this design combines the bike light with bicycle handlebar, which provides users the ability to switch the lights through simple and intuitive hand gestures such as squeeze and slide.

The whole product is constructed by two cylinders, one carries the main circuit that including the LEDs, micro controller and batteries, the other one has the conductive unit which works as the switch. Whilst these prototypes are made out of corrugated paper that the curve on the surface provide the higher friction which helps the conductive surfaces clench together. 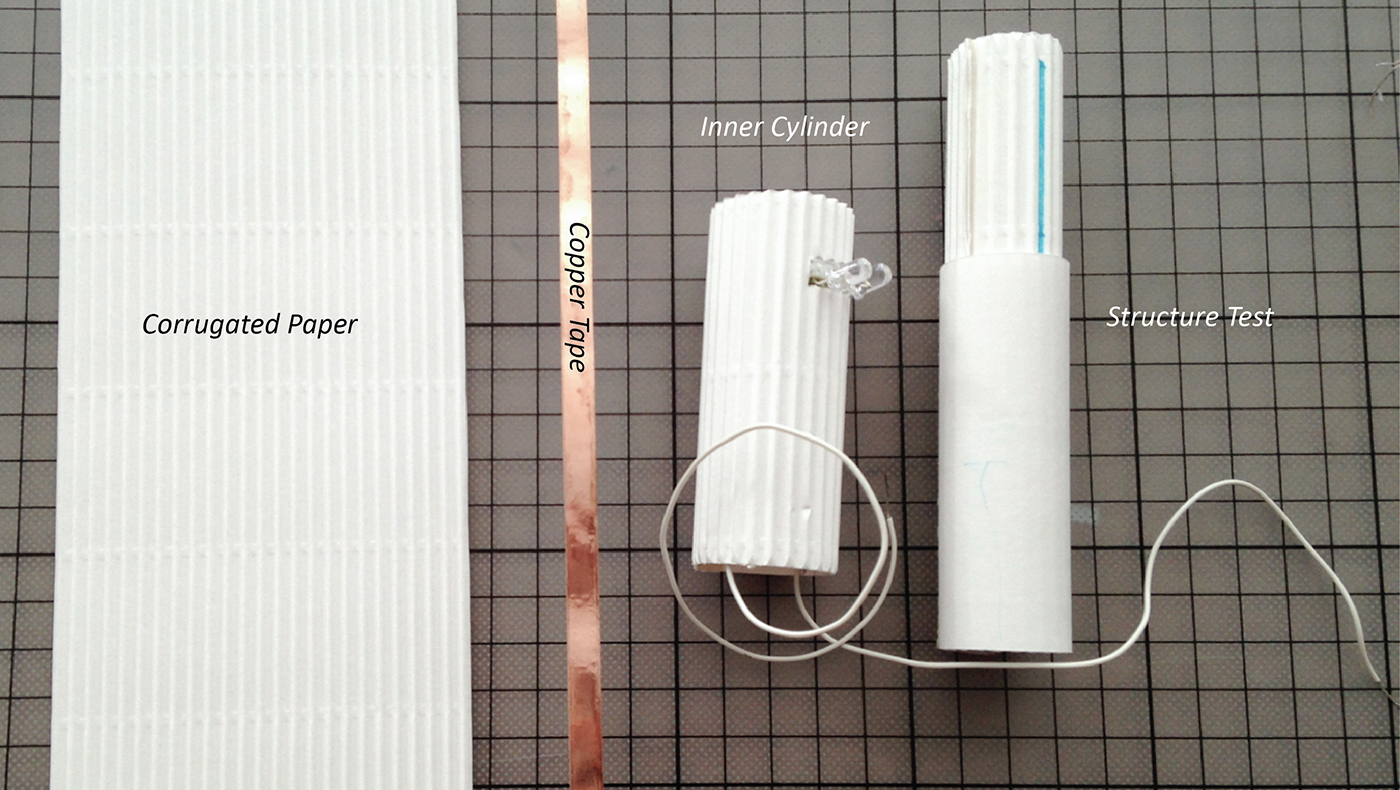 This design provide bicycle riders the ability to switch the bike lights by squeezing and sliding. This unit could be combined with the handlebar and operated easily while riding.