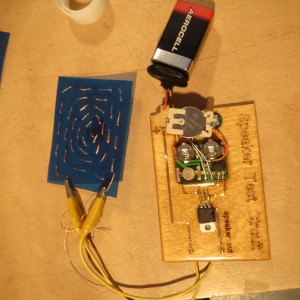 I became very interested in the function of a speaker, specially because it sounds so simple. In this exercise I tried to experiment as much as possible with materials for the membrane and shapes for the copper spiral.

My intention was to find a shape for the spiral that was different from the 2D design that I have seen before. For that I used mainly the copper thread. and for membranes I tried thick plastic foil, silicon material, acrylic and latex. 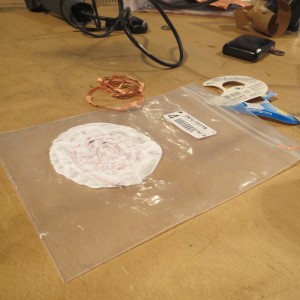 My experiment started with a simple embroidery of copper thread in the plastic foil. Which actually worked but not with a good volume. My guess is that the wholes that I was making on the material to embroider diminished its qualities as a Membrane. 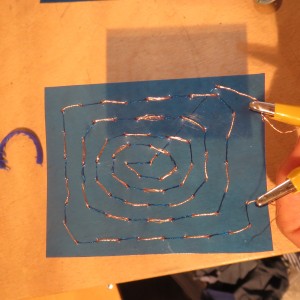 Next I tried copper fabric into the silicon material. 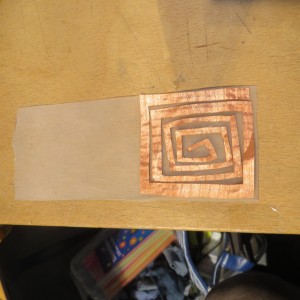 This works nicely, since the silicon transmits the sound waves very well. The only problem is that it was hard to stick the copper material on it without using a glue or tape that would change the flexibility of the actual silicon. In the end I  tried with liquid glue.

Next I tried the blue plastic foil again, but just with copper fabric on its surface. This is really good! And as I was listening to it I realized that if you make an extension of the membrane to make it longer and then keep it relatively straight or tense, it transmits the sound waves through the material, sort of like a sound cable. Or headphones!!

I also made a sample with a stronger copper thread coil on a thick acrylic plate and made it stick with latex. I still dont know how it works. 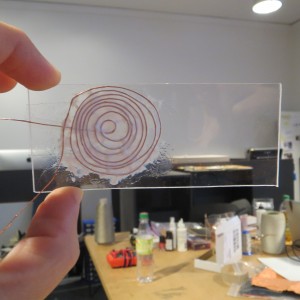 And the last and mayor project was to use latex as a membrane, but also as an insulator for the copper thread, so that I could make a more chaotic spiral system, a bit 3 dimensional, but avoiding the contact between the wire.

For that I used some sort of Mold and arranged a little system of pins to play around with the thread and then pour the latex in leaving a half centimeter thickness of latex that contains the copper coil and might also work as a membrane. Lets see!

One of them is round : 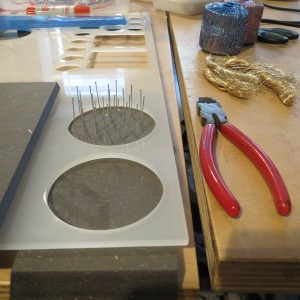 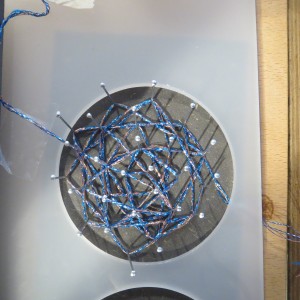 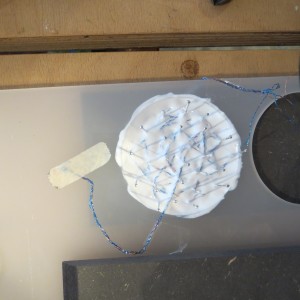 And the other one I tried to make it long and with an extension of the latex surface, to try and do headphones, and this one also has a zig zag copper coil that goes back and forth. I still dont know if that will actually cancel the magnetic field of the copper. 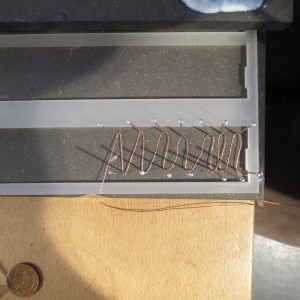 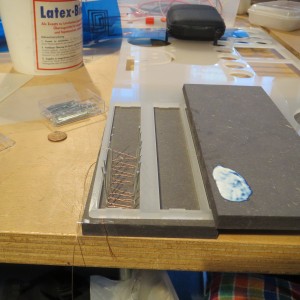 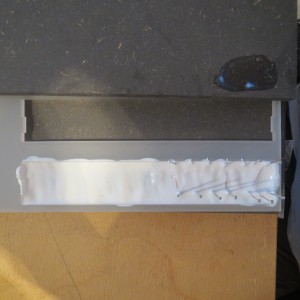